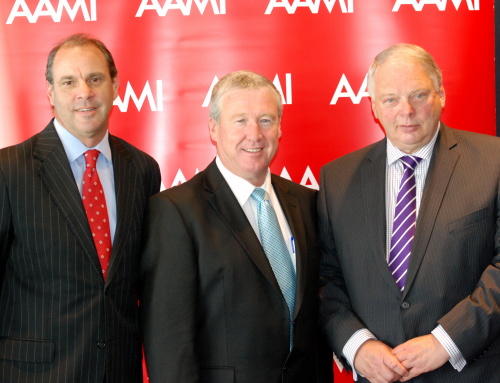 THE 2012 AAMI Tasmanian Summer Racing Carnival was officially launched today with Tasracing board chairman Brian Speers revealing about $1.9 million in prizemoney will be distributed during the carnival.

Racing Minister Bryan Green emphasized the importance of the TSRC to the state in terms of its impact on the economy and he focused on the continued support of AAMI as the naming rights sponsor of the carnival and in particular the two major cups.

A strong media contingent along with trainers, guests and high profiled dignitaries attended the launch at Tattersall’s Park where the carnival begins on January 22 with the Betfair Hobart Guineas the main feature on the program.

The AAMI Hobart Cup will be run on Sunday February 12 and the carnival concludes on February 29 with the AAMI Launceston Cup.