A Big Weekend for the Yole Family 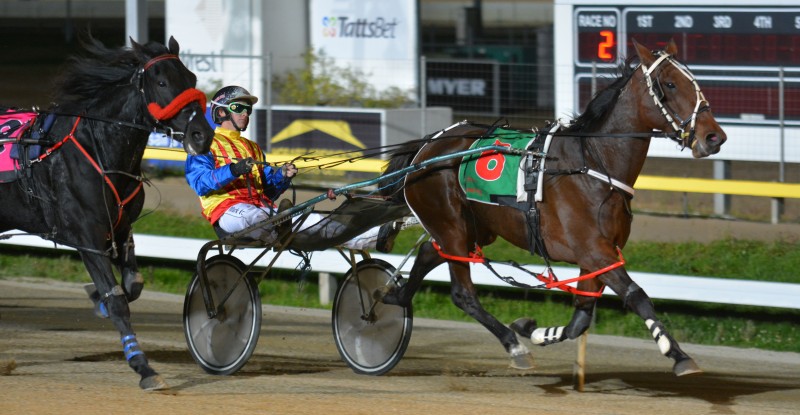 The Yole family experienced their most successful weekend in Tasmanian harness racing. Ben, Mark and Tim Yole are ex Victorian’s now based at Sidmouth on the West Tamar and they played a prominent role in two races at Launceston on Friday night and two at Hobart on Sunday night.

Dysart trainer Mark Butler was responsible for the ‘Ýole’ wins at Launceston through a training double with Saab Quality and Western Karamea. Mark Yole drove Saab Quality in the Chartley Estate Claimer and the 8YO gelding again demonstrated his dominance in that class of racing with his sixth claiming race win this season, plus four seconds, from ten claiming race starts. Yole worked Saab Quality to the breeze midrace and found the lead early in the straight then held off The Family Guy (Rohan Hillier) and Livin It Lovin It (trained by Ben Yole).

Mark’s twin brother Tim was engaged to drive Western Karamea and his concession claim resulted in barrier one for Western Karamea. Tim settled the 6YO gelding behind Rampling (Kate Macleod) and eased three wide in the straight before prevailing in the closest finish of the night. Less than one metre separated the first four with Cascade Flyer (Gareth Rattray) second, Pushkin (Rohan Hadley) third and Peace Corps (Grant Hodges) fourth.

Sunday night at Hobart was a big one for Mark Yole when he trained his first feature race winner. Mark obtained his licence to train in 2010 and prior to Sunday night his only winner from 15 starters was Prisonbreak at Devonport in June 2011. Mark is currently training two horses, Black Ops and Judys Jet.

Black Ops was driven by Mark on Sunday night. The 3YO colt who found his way to the death seat before getting the better of El Jays Monet (Nathan Ford) right on the line to win the $10,000 Mitavite 3YO Colts And Geldings Yearling Sale Classic. Black Ops was sold for $10,500 at the 2013 harness yearling sale and owners Mark and Ben Yole will keep most of the $10,700 Black Ops collected in prizemoney, a Tasbred Bonus and a yearling sale win bonus. The race was a triumph for Pipers River breeders Lyndon and Gail Menegon who bred both Black Ops and El Jays Monet.

Ben (trainer) and Mark (driver) teamed up to win the Stirling Stockfeed Pace with Last Flight In. A winner of her only start at Wyndam in the deep south of New Zealand, the 3YO filly was sent out a $1.70 fav at her Tasmanian debut and never looked in danger after cruising to the early lead before reaching the line 12 metres ahead of Blackjackhanover (Gareth Rattray) with Be Good Franklin (Ricky Duggan) third.