A Night with Chris Waller 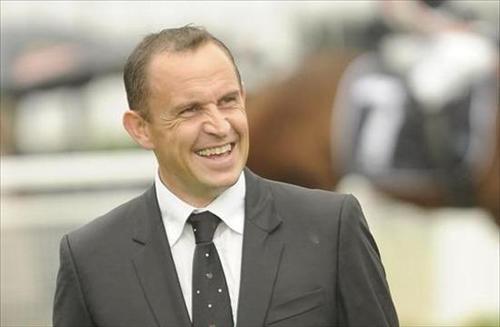 ONE of Australia’s most successful thoroughbred trainers Chris Waller will be a special guest of the Tasmanian Turf Club at Mowbray racecourse tonight.

Waller is the star of “A Night with Chris Waller” which is the brainchild of new Tasmanian Turf Club CEO Bruno Calabro in collaboration with one of Australia’s top thoroughbred syndicators Denise Martin, who recently transferred most of her steeds from Gai Waterhouse to Waller’s Rosehill stables.

Waller will avail himself for a lengthy on-the-couch style interview which is expected to reveal why he almost considered sidestepping the racing industry and what has led to him skyrocketing to the top of the training tree in Sydney.

Martin, of Star Thoroughbreds fame, also will take to the microphone and hopefully disclose what led to her switching camps.

Waller is an interesting character who openly wears his heart on his sleeve when it comes to his horses and the people who have helped him during his rise to the top.

He started with a small team of four horses when first granted stables at Rosehill but that has grown to 120 thoroughbreds in full work with the racing team constantly looking to lift the quality of horses in the stable.

In the autumn of 2008 Waller prepared his first Group 1 winner when Triple Honour powered to victory in the Doncaster Handicap.

Since that breakthrough win Waller has experienced many Group and Listed race wins but it has been the consistency of his stable tenants that has led to him winning the past three Sydney metropolitan trainers’ premierships and is only a week away from extending that record to four.

He also was crowned champion Australian trainer for conditioning the most group 1 winners last season.

Now firmly entrenched at the top of the Sydney trainers’ premiership, Waller is grateful for the support of loyal stable clients that he has trained for since his arrival at Rosehill.

He is a regular at the major carnivals and yearling sales around Australia and he has ventured to the UK to purchase tried horses so as to not lag behind in the race for finding stayers with the potential to snare the nation’s most  prized trophy – The Melbourne Cup. Just hearing Chris Waller’s views on racing would be reward enough for attending the TTC’s A Night with Chris Waller in Launceston tonight.