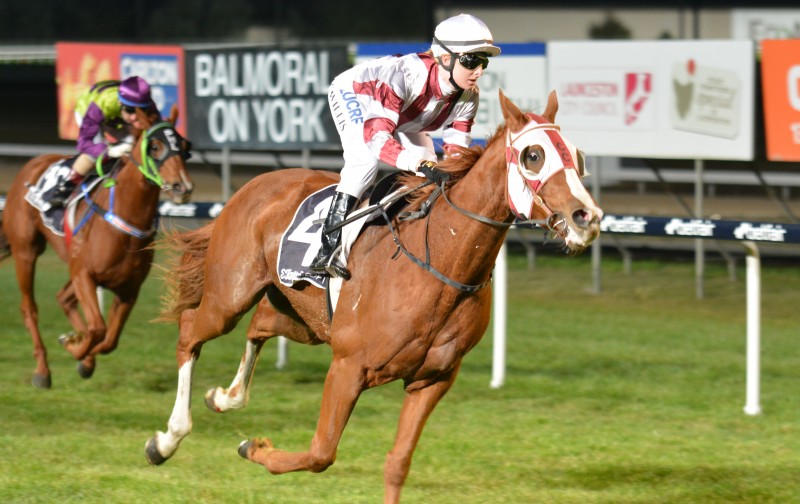 Able Ken delivered a workmanlike performance in a 2YO and upwards maiden over 1420m at The TOTE Racing Centre, toying with his rivals as he powered his way to an effortless win over Into The Wind and Shinziggy.

“This horse has been in work quite a while because at one stage he was being sold to Asian interests but they wanted to see him race and hopefully tonight’s effort will please the prospective buyers,” Conron said.

Able Ken made his debut at Sale in Victoria in late February and he was dispatched to Tasmania soon after.

At his first start in Tasmania he was a game third on his home rack at Spreyton but he stripped much fitter for last night’s assignment.

Willis had Able Ken well placed second outside of the leader Gee Gees Talk Fest and when the rider called on the flashy chestnut gelding for the big effort he forged clear and went on to win comfortably from the favourite Into The Wind with Shinziggy a close-up third.