Accounts back to best 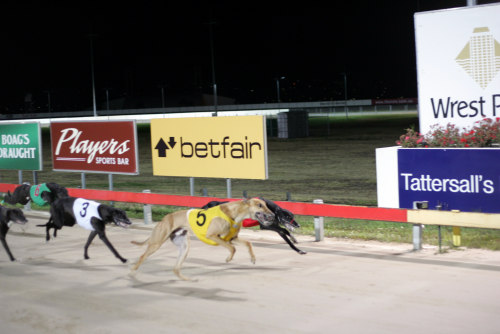 Accounts has been campaigning in Victoria and NSW with mixed results but back in the care of trainer Debbie Cannan and in an invitation against modest opposition he gave his rivals a galloping lesson.

The son of Where’s Pedro began well from box four and after a stoush with Crimson Doll (8) he sped clear and went on to defeat Crimson Doll by almost 11 lengths with Shafah Aliboo three lengths astern.

Accounts has spent almost half his racing career interstate with wins at Wentworth Park, Bulli and Maitland in NSW and placings on a Melbourne city track.

His time over the 515-metre trip on Monday night was 29.71, which was reasonably slick but not as good as his personal best of 19.59 that he set in March last year.