Admiral 2yo of the Year 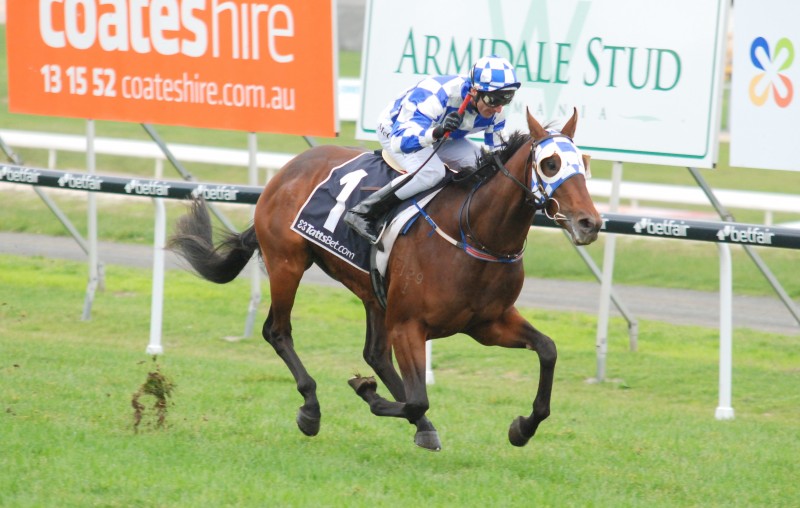 The Barry Campbell-trained gelding Admiral was the only unanimous winner of a 2013-14 Tasmanian racehorse of the year award. He polled top votes from all seven judges in the two-year-old category after a season that netted six wins from seven starts and $198,000 in stakemoney. It is the seventh time that Spreyton-based Campbell has supplied the two-year-old of the year since the awards were introduced in 1979-80.

His previous winners have been Castlegayle, Alfa, Vetyvere, Sedation, Capone and Grand Tycoon. Admiral is by successful sire Mossman from Reunification, a former top Tasmanian racemare also trained by Campbell. The gelding’s wins included the $100,000 Gold Sovereign Stakes, $100,000 Elwick Stakes and $50,000 Tasmanian Sires Produce. Campbell said that, despite Admiral’s outstanding performances as a two-year-old, all indications were that he would improve with age.

“His mother won 12 races but didn’t win her first race until she was three,” the trainer said.

“I’ve said all along that this horse (Admiral) would get better as he got older.”

Campbell has been reluctant to compare Admiral with any of his star two-year-olds of the past but has hinted that he could be the best horse he has prepared since group 1 winner Alfa. Vetyvere and Sedation also went on to compete regularly at group 1 level.