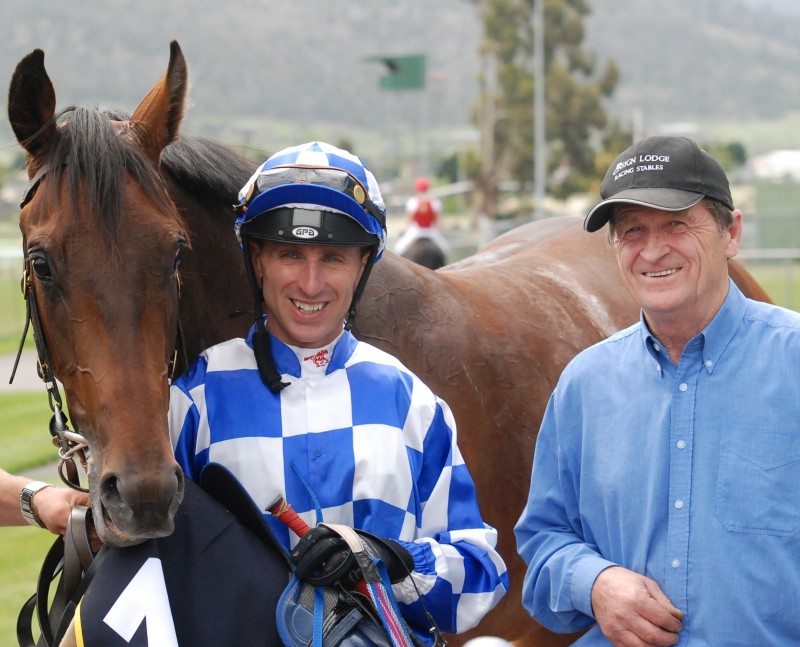 STAR Tasmania three-year-old Admiral takes his first major step towards a trip to Victoria to tackle the Australian Guineas next month when he steps out in the weight-for-age $100,000 Thomas Lyons over 1400m at Tattersall’s Park.

While most of the focus will be on the Betfair Hobart Cup interest in the Thomas Lyons has increased tenfold with the presence of the star three-year-old in the field of 10.

Admiral was last season’s best two-year-old winning six of his seven starts and while he was beaten first-up by brilliant sprinter Valiant Warrior in the 3YO Cup he went on to score easily in the 3YO trophy over 1400m and at his most recent outing he blitzed his rivals in the $100,000 Tasmanian Guineas over 1600m in Hobart.

Admiral’s trainer Barry Campbell is confident his stable star is in peak condition for today’s assignment but admits it is an acid test for the gelded son of Mosman-Reunification..

Listen to what trainer Barry Campbell had to say about Admiral’s chances of winning the Thomas Lyons.