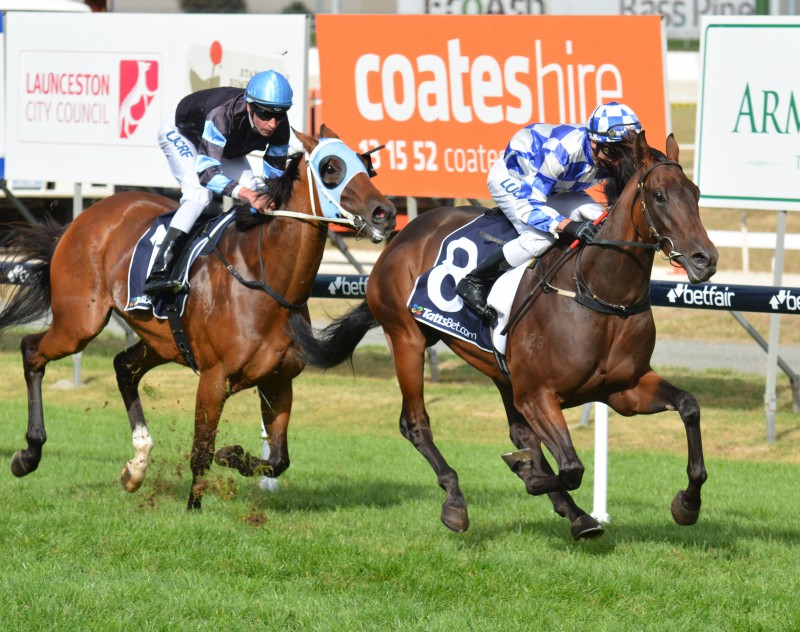 STAR Tasmanian three-year-old Admiral has emerged from his resounding victory over The Cleaner in the weight-for-age George Adams Plate last week with a clean bill of health and will go into Saturday’s Group 1 Australian Guineas (1600m) at Flemington in top order.

The Barry Campbell-trained gelding delivered his best performance this campaign to win the George Adams after which connections confirmed they would proceed with plans to tackle the Australian Guineas.

“He pretty much had to win the George Adams like he did to warrant progressing to the Australian Guineas,” Campbell said.

“It is going to be a tough test because there will be another 15 Admirals in the race.”

“But our horse has won nine from 12 starts and he has to be good to have achieved that, so naturally we are hoping for the best.”

“We are going to the race hoping and if he comes out of it with a win or with a really good effort then we would have made the right decision,” he said.

Admiral has been ridden by multiple Tasmanian premiership-winning jockey Brendon McCoull in all of his outings in Tasmania but he missed out on the Australian Guineas ride because of a suspensions incurred in Launceston on Oaks Day and aboard Admiral on Launceston Cup day.

He received a one-meeting ban for both offences and as he had commitments on Launceston Cup day his penalty started from midnight on Cup day (Feb 25) and expires at midnight on Wednesday, March 11.

Campbell said he was lucky to have been able to secure Dwayne Dunn for the Guineas.

“Ideally we would have preferred Brendon (McCoull) because he knows the horse so well but in saying that we have secured Dunn and he is a reputation as a successful big race rider,” Campbell said.

Admiral will travel to Victoria aboard the Spirit of Tasmania on Thursday night and be transported to Chris Waller’s Flemington stables on Friday morning.

“Being stabled at Flemington also is a big bonus because he won’t have any extra travelling to do once he’s in his stable,” Campbell said.

The barrier draw and final field for the Australian Guineas will be finalised today.

“Ideally we would like any barrier from one to six but that’s in the lap of the Gods,” the trainer said.

Admiral is unbeaten from two tries over 1600 metres with his first by three lengths in the $100,000 Tasmanian Guineas in Hobart and last Wednesday’s victory by almost 1-1/2 lengths over The Cleaner in the $100,000 George Adams in Launceston.

In between those wins he was placed second over 1400m in he weight-for-age $100,000 Thomas Lyons in Hobart on Cup day.

Campbell said win or lose Admiral will be on the boat home on Sunday night and be sent to the paddock for a well-earned spell.