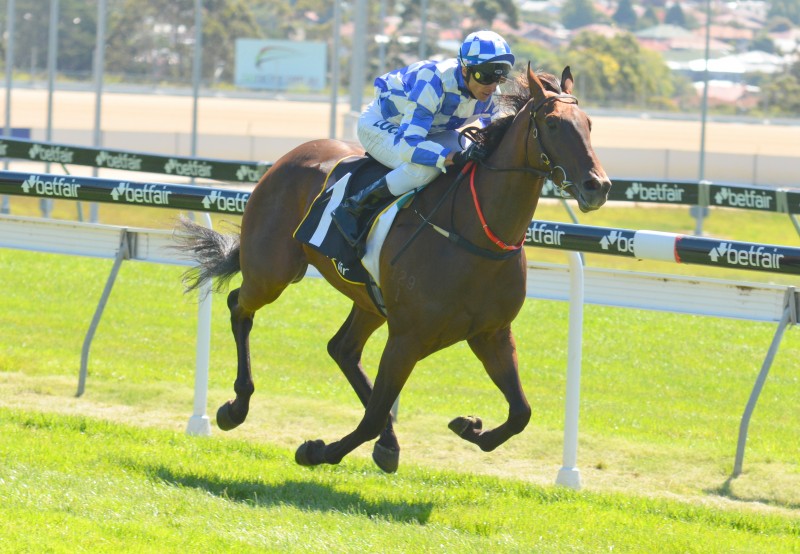 LAST season’s best two-year-old Admiral is on his way to owning the 3YO title after his demolition of a quality field in the $100,000 Kevin Sharkie Tasmanian Guineas over 1600m at Tattersall’s Park in Hobart today.

With his regular rider Brendon McCoull aboard. Admiral raced outside of the leader and stablemate Calavera to the home turn and when he  slipped into another gear the Barry Campbell-trained gelding forged clear and went on to defeat quality filly Geegees Goldengirl by almost four lengths with the Scott Brunton-trained Follow My Dust a closing third.

It was another awesome display by the gelded son of Mossman but his trainer now has the tough decision as to where he goes with his stable star from here.

“We’ve got a couple of options but which way we go will be determined after we see how the horse has come through this race,” Campbell said.

“We also have to consider taking him to Melbourne for the Australian Guineas in March but whatever we do it will be what is best for the horse,” Campbell said.

Admiral was last season’s best two-year-old winning six of his seven starts including all the features races ending in victory in the Sires Produce over 1400m.

“I have always considered Admiral a Derby horse and maybe my first thoughts were right,” Campbell said.

However jockey McCoull has some reservations about his Derby prospects.

“He might be a bit too brilliant to be a Derby horse but he is so versatile he could get the trip and just be too good for his own age in that race,” McCoull said.