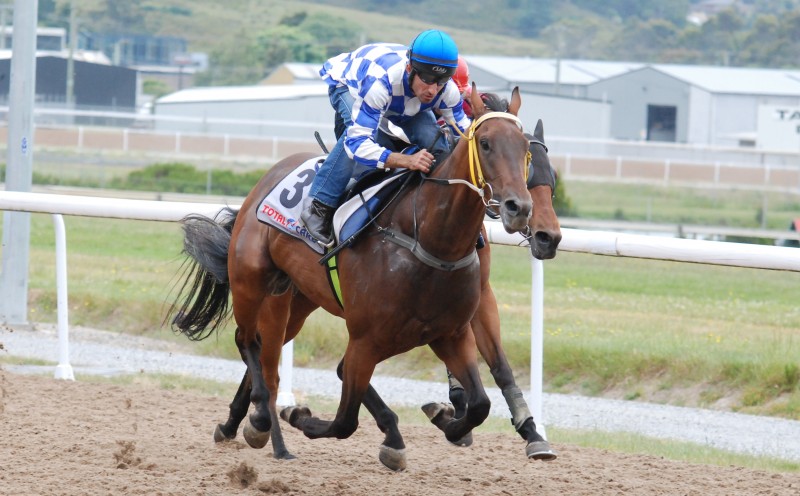 STAR Tasmanian two-year-old from last season Admiral makes his long awaited return to racing in the Hesketh-McCrimmen Insurance 3YO Cup over 1200 metres.

Admiral won six of his seven starts last season including the last four feature 2YO races on the calendar over distances ranging from 1100m to 1400m.

The Barry Campbell-trained Mossman gelding has been to the trials three times since coming into work with his latest effort on his home track at Spreyton nothing short of sensational.

There is always some doubt whether two-year-olds can reproduce their juvenile form at three but Campbell is confident the well bred gelding will excel more this season.

He was second in his first two trials over 700 metres at Longford but in his first trial he bombed the start and knocked rider Brendon McCoull’s foot out of the iron upon jumping and in his second trial he settled back last and ran home strongly for another second.

But at his most recent trial he raced outside of the leader and when stable apprentice Ismail Toker called on him to excel he bounded clear and hit the line a clear winner and with plenty in hand.

Tonight he meets a star-studded line-up including the unbeaten Valiant Warrior that won two as a late two-year-old and as many this time in.

Geegees Doublejay and his stablemate Geegees Goldengirl loom as logical winning hopes while Col’s Hero has done nothing wrong this season winning at both of his starts.