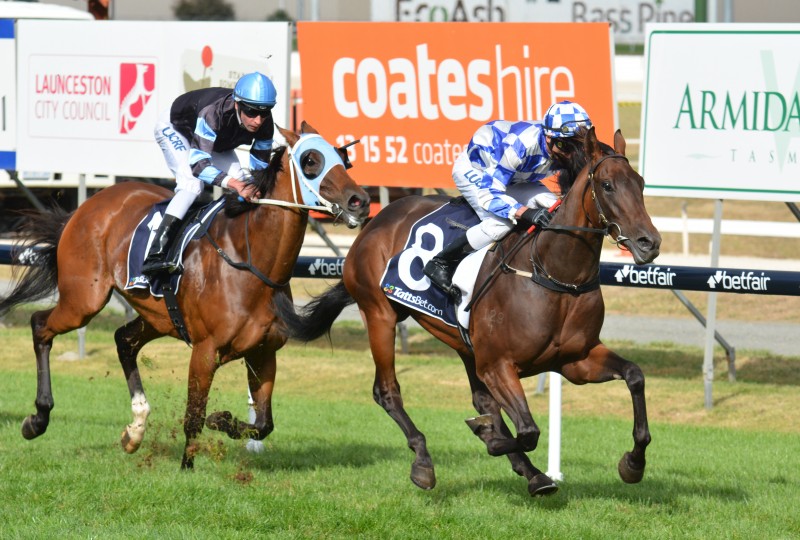 The Cleaner was lining up for his first outings since ending his spring campaign in the WFA Group 1 Railway Stakes (1600m) in Western Australia and bookmakers had the Mick Burles-trained super star at a short quote of $1.85.

he went into the race having never been beaten over 1600 metres first-up from four attempts and Burles was emphatic about him winning the race.

Admiral was coming off a second to Streetwise Savoire in the WFA Thomas Lyons (1400m) on Hobart Cup day but he was very impressive in winning the Tasmanian Guineas over 1600m prior to that race.

The Barry Campbell-trained gelding was simply awesome in the George Adams, winning despite being held up at a crucial stage and copping a severe bump when rider Brendan McCoull was attempting to get the Mossman gelding into clear racing room 200m from home.

Campbell was thrilled with the win and probably more emotional about this victory than any other in recent years.

Part owners Denise Martin, Bruno Calabro and Ron and Trudy Schwanke found it difficult to contain their emotion after the race, especially Martin who described the win as “truly amazing” as she held back tears of joy.

“I thought I was going to pass out when Admiral hit the front,” Martin said.

“The Cleaner is a truly magnificent horse and going into the race I thought it would be good if Admiral could run a close second to him but to win the race is very special.”

“The win means so much because I purchased Admiral’s grandmother (Entally) from New Zealand and brought her to Tasmania to race with family members and some close friends and then at stud she produced Reunification that was a great sprinter and she is Admiral’s dam,” she said.

Admiral was being aimed at the Australian Guineas in Melbourne in March but connections won’t be making any firm decision about travelling for that race until later this week.

Listen to what trainer Barry Campbell had to say about Admiral’s brilliant George Adams Plate win.