Agfest a winner for GAP 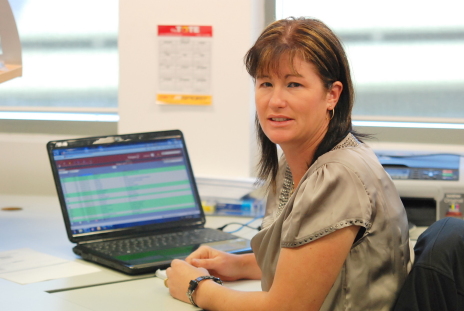 TASMANIA’S Greyhound Adoption Program took a turn for the better last month courtesy of a presence at the state’s annual rural festival Agfest.

With a number of greyhounds that were up for adoption playing starring roles on the Tasracing site at Agfest, GAP coordinator Susan Gittus was able to secure over 200 genuine inquiries from potential adoptees and foster carers.

“Whenever we take the greyhounds to a show or an event like Agfest we usually end up with a number of potential adopters or foster carers but out first appearance at Agfest was a sensational result,” Gittus said.

“We have about 15 dogs on the books at present and from Agfest we have placed three and that’s quite significant.”

“We had four applications from potential foster carers as well as five adopting applications of which two were placed on the day at Agfest.”

“We received about 200 genuine inquiries from people who would like more information about adopting and or becoming foster carers.”

“It is clearly the best result we have had from any show or event in which GAP has participated since I’ve been involved.”

“The bonus of having a presence at Agfest is being able to introduce the dogs to people who would not normally have anything to do with them (greyhounds).”

“At Agfest we walked the dogs amongst the crowds and when we were at our site they were the centre of attention and that helped generate so many inquiries,” she said.

Tasmania’s GAP has its own website www.gaptas.org.au and Gittus says it has helped boost the program’s profile.

“The GAP website has been great because people know how to find us now and can see (online) what we are about,” she said.