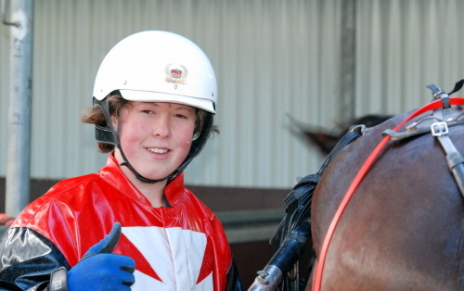 Sixteen year old Alex Ashwood is on target to break two Claiming Novice Driver (CND) records. He may become the youngest and fastest CND to reach the 30 wins limit in Tasmania.

Gareth Rattray set the standard in 2001/2002. He was 16 years and three and a half months when he had his first drive and a little over 13 months later he lost his CND concession after driving his 30th winner. Twenty five year old Gareth has progressed on to win the last five Tasmanian driving premierships and looks a certainty to make it six this season.

Alex had a dream start to his driving career when he completed a double at his first race meeting only five days after his 16th birthday. A few days short of 12 months later his tally of wins is 29.

Regardless of who ends up with the record, Tasmanian harness racing is fortunate to have quality young people like Gareth and Alex (and many others!) to help shape the future of harness racing in Tasmania.