All the way for Brave Mukky 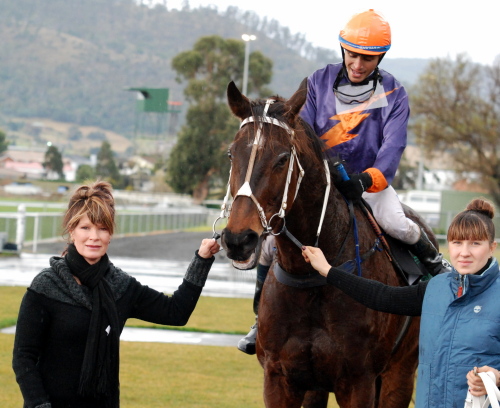 BRAVE by name and brave by nature is probably the best way to describe the win of Brave Mukky at Tattersall’s Park in Hobart last Sunday.

Brave Mukky was having his third run back from a spell when he gave nothing else a chance on his way to an effortless win over 1550m in the Fuji Xerox Colour benchmark 78 Handicap.

The Vicki Rhind-trained five-year-old showed plenty of early speed and with three kilogram-claiming apprentice Jacques Luxe aboard he led his rivals a merry chase.

Listen to what trainer Vicki Rhind had to say about Brave Mukky’s latest win – click here .