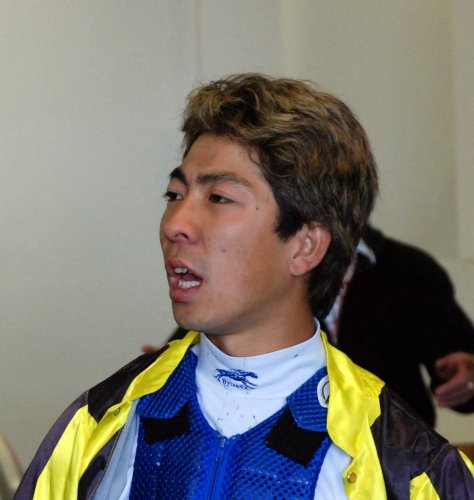 JAPANESE jockey Shuji Amano celebrated his return to race riding in Tasmania with a win at only his third ride back at THE Tote Racing Centre in Launceston on Thursday.

While it was a jubilant Amano who returned to the unsaddling enclosure aboard the Walter McShane-trained Best Gee Gee, the punters were lamenting his return to the winner’s circle.

Best Gee Gee started as one of the rank outsiders with only a handful of punters reaping the rewards from his $63 starting price.

Amano had Best Gee Gee settled just worse than midfield and unable to get in better than three-wide for the duration but the gelding made light of the task.

Under strong riding from Amano the gelding gained the upper hand over the favourite Hot Sybil (Lee Smith) close to home with the heavily backed My Col One only a head astern.

Amano rode in Tasmania as an apprentice for two seasons and during that time earned the respect of most trainers.

He was forced to return to Japan when his visa expired and while he was intent on returning within a month he was forced to endure a 13-month wait due to red tape and other issues.

“I am so glad to be back in Tasmania because I believe I can make this my home,” Amano said.

Amano was apprenticed to McShane when he first arrived in Tasmania from Queensland in 2008 and the rider remains committed to his former mentor.

He returned to Tasmania about six weeks ago and was forced to ride in a select number of trials before stewards gave him the all clear to resume race riding.