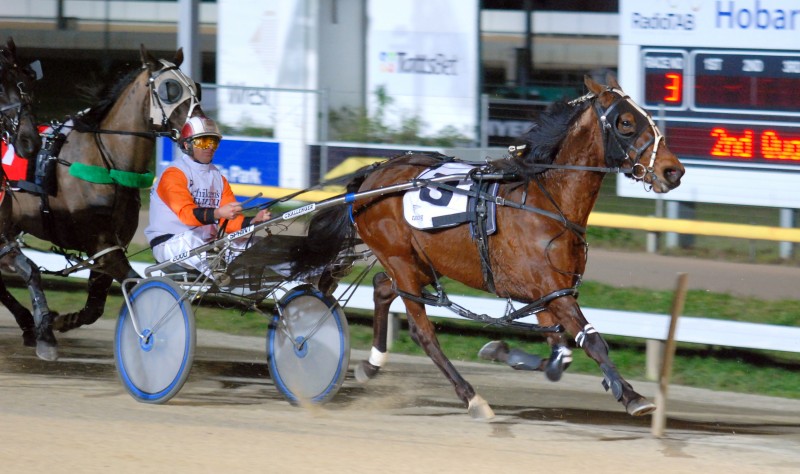 ONE of the most impressive winners on the 10-event harness racing program at Tattersall’s Park in Hobart tonight was the Tony Petersen-trained three-year-old filly Angela De Marco that led throughout to win a C1-C2 over 2090 metres.

With ace reinsman Ricky Dugan in the cart Angela De Marco showed good early speed to find the front and was only tested for a short while in the home straight to easily account for Family Guy and Gavrail.

Angela De Marco has won four from nine starts and she also has notched three minor placings for career earnings of about $22,000.

She is owned by prominent harness enthusiasts Barry Cooper and Jamie Cockshutt who have invested heavily in standardbreds for the past four years and they have tasted more than their share of success.

The trainer said she has the potential to develop into a top class mare next season.

Listen to what trainer Tony Petersen had to say about Angela De Marco’s latest win.