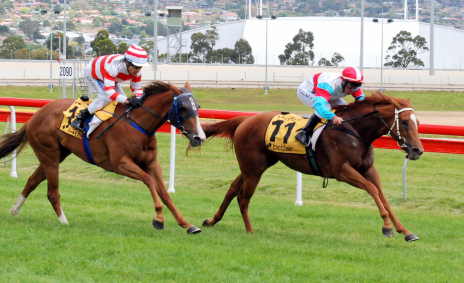 WELL bred three-year-old filly Anniversary Belle delivered on the promise she showed when she left the state last year with an emphatic win in The Brighton Council Maiden Plate over 1100 metres.

Anniversary Belle won a trial in Hobart last year but her owner Geoff Harper opted to begin her racing career in Victoria where she had seven starts for two minor placings.

But the decision to send her back to trainer Gary White for a Tasmanian campaign has produced immediate results.

With top Victorian rider Darren Gauci in the saddle, Anniversary Belle left the gates well and she settled alongside the leader High Speed to the home turn.

When Gauci called on the daughter of Danehill Dancer-Corton Charlemagne to extend she raced clear and had almost a length to spare on the fast-finishing In The Frame over the concluding stages.