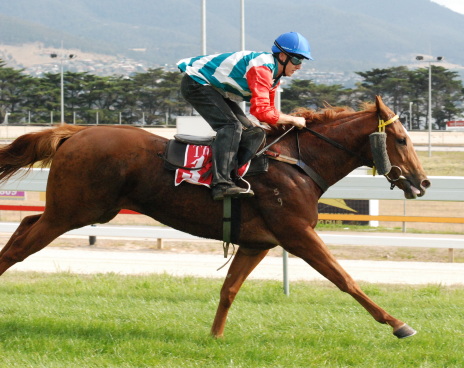 Anniversary Belle (Danehill Dancer-Corton Charlemagne) stepped out in a 900-metre trial and led all the way to score by six lengths from All I Got with Hot To Trot a half-length away third and the winner’s stablemate Smart Catch not extended top finish 3-1/2 lengths further astern.

Anniversary Belle is trained by Gary White and was bred by one of her part-owners Geoff Harper, who is chairman of the Tasmanian Racing Club.

Harper said Anniversary Belle had shown ability from day one but had taken time to mature.

“There is every chance this filly will have her first start in Melbourne – we have high hopes for her,” Harper said.

Another impressive winner was the David and Scott Brunton-trained Galibier that scored by eight lengths in his 900-metre trial.

Galibier, ridden by Michael Guthrie, was untouched and suggested he could be ready to slip across the water for a suitable midweek race in Melbourne.