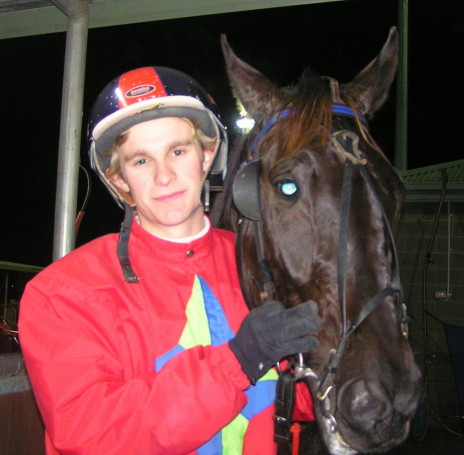 IF CONNECTIONS OF Globe Derby Stakes aspirant Hugo Play weren’t elated after that horse won a heat of the 3YO sires stakes series then they had to be jumping for joy after their two-year-old Another Jasper broke his maiden status at the same venue in Launceston last Sunday night.

Jasper led throughout as the $1.50 favourite and outgunned Devendra and Damitsam in the Tattsbet.com Pace over 1680 metres.

The gelding was urged forward early by driver Mark Yole to ensure the he held the fence while Barrie Rattray aboard eventual runner-up Devendra also was keen top assume control.

Yole only gave his charge a couple of reminders with the persuader in the home straight and the gelding fought off the challenge but Devendra made a late dive close to home to go down by only a short half-head.

What made Another Jasper’s win special is that he is a half-brother to Hugo Play that is likely to start a warm favourite to take out the Globe Derby final in a fortnight.

“We were thrilled when Hugo Play won but this has topped off the night,” Fawdry said.

Owner-breeder Bill Fawdry has had a lot of success with the offspring of his broodmare Toy Story that also has produced winners in Play Time Lady, Boys Toy and Willie Play.

Toy Story also has a weanling filly by Major In Art and while the mare is rising 19, Fawdry is contemplating what sire he will match Toy Story to this coming season.

After failing on debut when seventh in a field of eight in Launceston back in February, Another Jasper notched seven minor placings and a fourth leading up to last Sunday night’s win

She was runner-up to Rykov Leis in the Youthful Stakes in Hobart and she was second to the highly promising Laconic Jamane in the Yearling Sale Classic earlier this month.