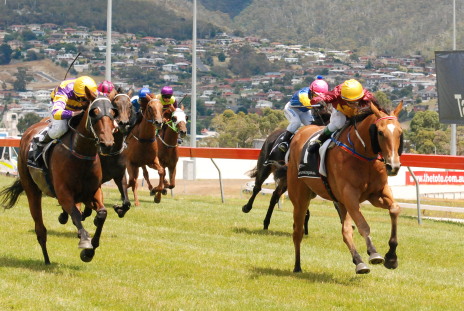 BRIGHTON trainer Stephen Lockhart will look for a suitable 2100-metre race for his in-form five-year-old Feyfey’s Uncle Max after the gelding scored another impressive win at Tattersall’s Park today.

Feyfey’s Uncle Max made it two wins in succession when the gelding led all the way to take out the Maiden/Class 1 Handicap over 1550m on the inside grass track.

It was almost an identical copy of his previous win at the venue on December 27.

With in-form apprentice Rasit Yetimova in the saddle, the gelding showed his customary early speed to vie for the lead with Gee Gees Pride but Lockhart’s gelding eventually took control and was never headed.

Feyfey’s Uncle Max went on to defeat Ski Dubai by a long neck with Oxy Angel over three lengths astern.

There are no gears and no slick turn of foot – what you see is what you get with Feyfey’s Uncle Max.