Another win for Frankie Falzoni 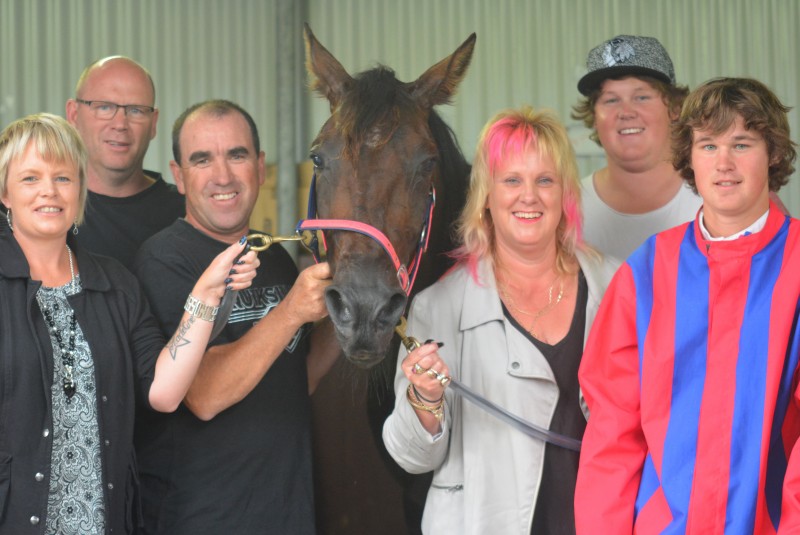 CONSISTENT pacer Frankie Falzoni has proven to be a good money spinner for Broadmarsh trainer Chris Howlett so it came as no surprise that he outgunned a handy field in a C1 over 2090 metres in Hobart tonight (Sunday).

With the trainer’s youngest son Mathew Howlett in the sulky, Frankie Falzoni ($3.90) settled in the one-out-one-back position and travelled sweetly to the 600m where Howlett eased him three-wide to stake his claim.

The well backed Major Callum ($3 fav) faced the breeze for the duration but loomed a winning chance when he forged past the leader Really Fay Fay turning for home.

Me Mate Les (Gareth Rattray) emerged from the pack and looked set to run past the eventual winner but Howlett’s horse found when challenged and went on to score by a nose from Me Mate Les ($6.50) with Major Callum a close-up third.

Howlett said Frankie Falzoni has continued to improve and that he expects him to continue to be very competitive in whatever he contests in the coming weeks.

Since arriving at Howlett’s stables almost two years ago Frankie Falzoni has notched four wins and seven minor placings from 28 starts for just over $28,000.

Listen to what trainer Chris Howlett had to say about Frankie Falzoni’s latest win.