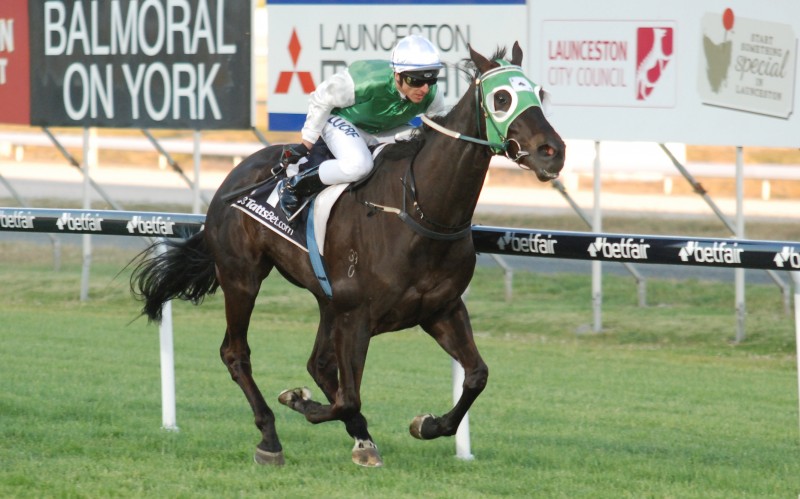 When trainer David Brunton ventured to South Australia for his annual vigil to the yearling sales three years ago he was keen to secure a youngster by Dane Shadow from the Honour and Glory mare Naughty Girl.

His bid of $28,000 was successful but when long-time stable client Brett Williams cast his eye over the then colt he was quick to ask if he could have a share in the son of Dane Shadow.

But Brunton sold him the horse and didn’t retain a share.

In Launceston tonight the tall, rangy gelding named Antumbra proved too good for his rivals, leading all the way to win a maiden class – one handicap over 1620 metres to signal his arrival as a potential stayer, given it was his first start over the trip.

Antumbra is prepared at Seven Mile Beach by Scott Brunton who also predicted a bright future for the horse after he won his maiden first-up at the end of October.

“We are hoping that he can be good over 2100 metres or beyond and if he is, then the owners are going to have a lot of fun with this bloke,” Dave Brunton said.

Jockey Brendon McCoull also was full of praise after the win.

“He relaxed really well for me and he kept giving over the final bit to hold them off – it was a very good win,” McCoull said.