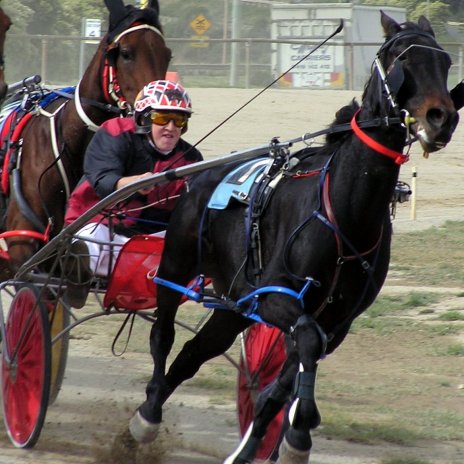 WELL-BRED standardbred filly Play Apple Tree looks set for a bright future if her effort to win at only her second start in Launceston on Sunday night is testament to her ability.

Play Apple Tree lined up in the Betfair 2YO Pace and broke hopelessly soon after the start to tail out last.

The filly then had to work three and four-wide for the last lap to make up the ground but when her trainer-driver Nathan Ford called on the daughter of Art Major for the supreme effort she had the audacity to race to the leaders in the straight and go on and score a convincing win.

“This filly probably shouldn’t have won given what happened in the race but it just proves what she’s got to offer,” Ford said.

“She showed above average ability early on but all of a sudden she went backwards so we took all the gear off her and started again and this is the result,” he said.

The filly is owned by Gary Rogers who has invested heavily in Tasmanian-bred horses for the past six years.

He purchased the filly at the 2010 Tasmanian Yearling Sale for $15,000. She is from the unraced Armbro Operative mare Ashlee Jayne that has only had two foals to go to the races.

Play Apple Tree’s half-brother is Outback Mach that has won four from eight and is considered one of the state’s most promising four-year-olds.

Ashley Jayne also has a yearling colt by J R Mint and a weanling filly by Courage Under Fire, of which both will be offered at Tasmanian sales.

Ford said Play Apple Tree will be aimed at the Evicus Stakes’ heat and final series in about three weeks.