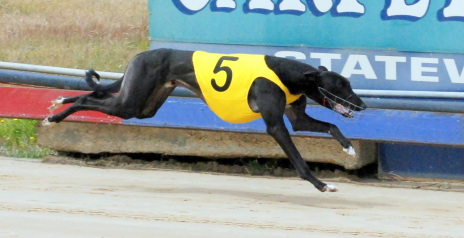 THE invitation greyhound race at The Tote Racing Centre in Launceston tonight looks a match between two of the state’s most talented chasers.

Decembrist and Tadmore Dunoon have become archrivals with Decembrist emerging the victor at their past two meetings.

But tonight Tadmore Dunoon has a big advantage in box one while Decembrist will wear the pink vest and will most likely need luck early in the race to extend his record against Ted Medhurst’s top Hobart Thousand aspirant.

Decembrist, prepared at Copping by Peter Phillips, is a star that has performed with much distinction interstate while Tadmore Dunoon is only just emerging as a class act.

If Decembrist gets clear air and survives the first turn without any inconvenience than he will be the one to beat.

If there was to be an upset it could come from the Susan Gittus-trained Gun Burner that has a good record on the Launceston circuit and in particular fro box six.