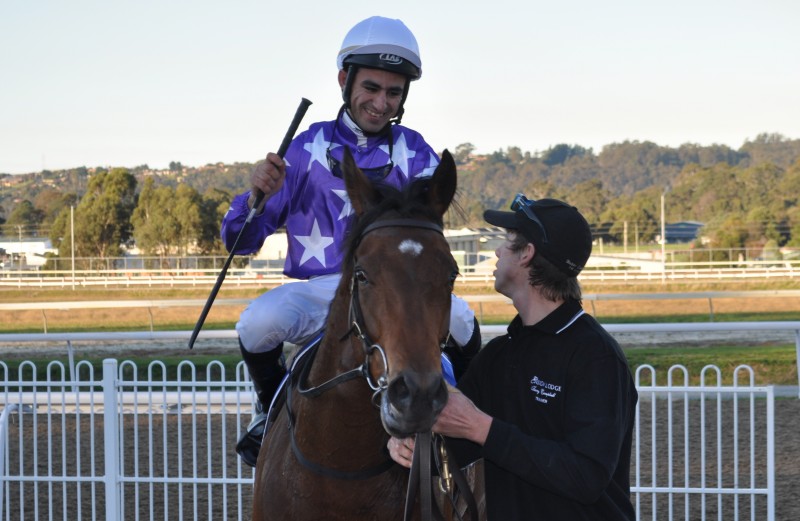 STAR three-tear-old filly Arenzano recaptured the 1000-metre track record she had taken from her last month with a brilliant display in a benchmark 68 event at Spreyton today.

The Barry Campbell-trained filly set the record last year but Jypsiere stole that honour last month with a powerful all-the-way win in a time of 59.26 seconds on May 05 in a BM 68.

But with stable apprentice Ismail Toker aboard today, Arenzano eventually found the lead and when Toker called on her for the big effort at the top of the home straight she scooted clear and went on to score by 1-1/2 lengths from Apache Son with Jypsiere almost a length away third.

Arenzano stopped the clock at 58.51s which is about five lengths better than the time recorded by Jypsiere.

Arenzano enjoyed a brilliant first half of her season winning four in succession including the 3YO Cup and a $30,000 feature 3YO event prior to the Cup.

She was spelled after finishing fourth to Mister John in the Tasmanian Guineas over 1600 metres but she failed when fourth at her first start from that spell in Hobart on May 19.

However, today’s win should convince connections to proceed with plans to head to Melbourne for one or two races before the season’s end.