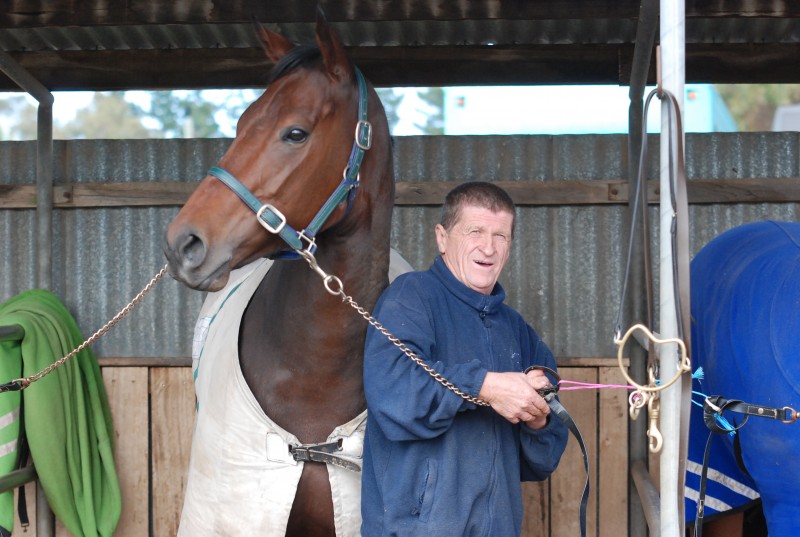 STAR three-year-old filly Arenzano blew away the cobwebs with an impressive trial win over 700 metres at Longford yesterday to mark the start of a new campaign that could see her race interstate.

Arenzano dominated the early three-year-old features over sprint distances and while she proved slightly suspect beyond 1200m her trainer Barry Campbell says he won’t be trying to step the filly out beyond her comfort zone this time in.

The filly opened her account this season with a 15-length win on her home track at Spreyton in a maiden and followed up with an emphatic win in Hobart.

She won the Carrick vase in Launceston prior to winning the 3YO Cup over 1200m.

At her subsequent outing she was third in the 3YO Trophy over 1400m in Launceston before ending her campaign with a fourth in the Tasmanian Guineas over 1600 metres.

Her regular rider Anthony Darmanin flew into Launceston from Melbourne yesterday morning to ride the filly in the trial.

Listen to what trainer Barry Campbell had to say about the filly’s plans this time in – CLICK HERE.