Arenzano may have edge on Black ‘N’ Tough 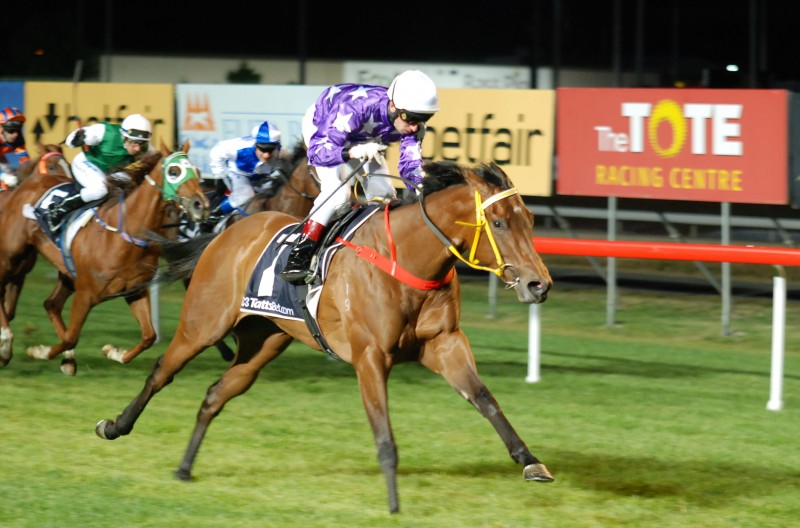 THE clash between star three-year-old filly Arenzano and classy mare Black ‘N’ Tough in the $20,000 Fay’s Jewellers Diamond Bracelet (Race 6) promises to be the clash of the day at Spreyton Pak today.

Arenzano smashed the 1000-metre track cord at her most recent outing on the synthetic track 12 days ago and should have no trouble stepping up to the 1150-metre trip, while Black ’N’ Tough is resuming from a spell but has a fantastic first-up record.

There is no denying Black ‘N’ Tough’s class having won six of her 10 starts but today she will give away 5.5 kg to the filly and that could be the difference between winning and losing.

Arenzano has won five of her nine starts and all this season including the 3YO Cup.

From barrier two Arenzano should be able o go forward and either lead or sit behind the pace and if she doesn’t have to expend too much energy to the home turn she should emerge triumphant.

For Peter Staples’ tips for the eight-race card at Spreyton – CLICK HERE.