Armidale Horses Feature in Horse Of The Year Award 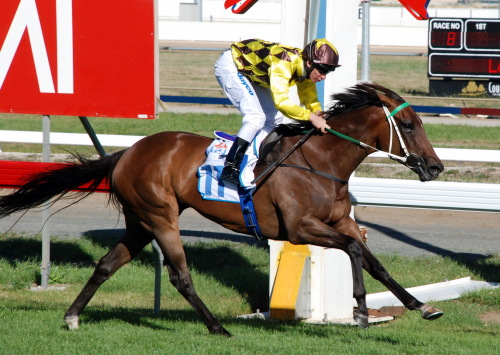 Armidale Stud has long been considered one of the best producers of winners in Tasmania and in recent times it has delivered in a big way to help boost Tasmania’s reputation interstate and overseas.

Life To The Full (Savoire Vivre – Sinizzor), raced and trained by David and Scott Brunton, along with co breeders and owners Ian Anderson, Robert Craig and Peter Ross took out the Tasmanian Horse Of The Year Award at the Annual Dinner at Tattersall’s Park in August.

Last season Life To The Full won the Listed George Adams Stakes and Newmarket Handicap, as well as the MVRC Pink Ribbon Cup at Caulfield, and he finished 2nd in the Group 3 R A Lee Stakes at Morphetville.

With Decorum and I’m A Hussy won their respective races last Saturday at Caulfield, so the pressure is on Life To The Full who resumes racing this Saturday in the Group 3 Bobby Lewis at Flemington.

The Racing Awards Night also revealed Lady Lynette as the recipient of the best Tasmanian bred race mare or filly of last season.

Lady Lynette (Ladoni – Queen’s Own) won at Listed and Group 3 level, then placed 2nd to Typhoon Tracey in the Group 1 Myer Stakes.

Lady Lynette ran 3rd first up over 1200m, and will race again this weekend in a Group race over 1400m. With her stakes now totaling over half a million, Lady Lynette would have to be one of the best mares to come out of Tasmania in the last decade.

2YO of the Year was a closely fought contest between Strike The Tiger and the unbeaten Armidale bred Socks (Keep The Faith – Count The Kisses), with Strike The Tiger taking out the award by one vote.

Broodmare of the Year was won by the Armidale mare Queen’s Own, the dam of Lady Lynette.

ROBBED FLEW THE FLAG FOR SAVOIRE VIVRE IN NSW.

Savoire Vivre gelding Robbed is based in NSW with former WA trainer John McNair, and he won two in a row last month at Randwick’s Kensington course. Trainer John McNair believes it should have been 3 in a row but for a skirmish at his last start at Canterbury which put Robbed out of the race.

SEA TOWN A MODEL OF CONSISTENCY IN VICTORIA

Tasmanian sales graduate Sea Town (Ladoni – My Kind Of Town) bred and sold by Alva Stud at Hagley) has won 2 races this month and placed second twice from 4 starts. Sea Town is raced by Robert Wiggett of NSW.