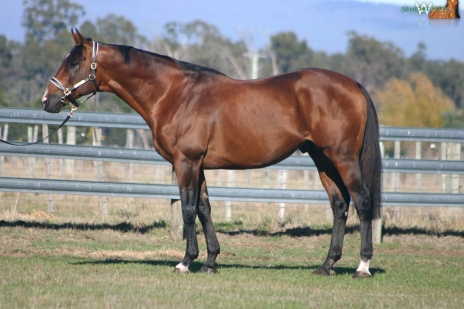 ARMIDALE Stud sires Tough Speed (USA) and Savoire Vivre (GB) continued their consistent run of success this season when they each notched a double last weekend.

Savoire Vivre’s winners were The Golden Reef (from Miss Nett and bred by John and Claire Farrell) in the 1400m maiden and The Cleaner (from Dash Of Scotch and bred by Owen and Sandy Atkins) that won the open handicap over 1600m for trainer Mick Burles and jockey Shannon Brazil.

With only three weeks remaining in the current racing season Savoire Vivre (GB) appears to have an unassailable lead in the Tasmanian Sires Premiership with progeny earnings of over 1.25 million dollars.

Tough Sped sired the most impressive Flemington winner Banca Mo on Saturday and the sire followed with the winner of the first race at Elwick on Sunday, the aptly named Tough Customer (Tough Speed – Born To Shop).

Tough Customer is raced by her trainer and Alec Harper whop also bred the three-year-old filly that took out the 1100m maiden with Shuji Amano in the saddle.