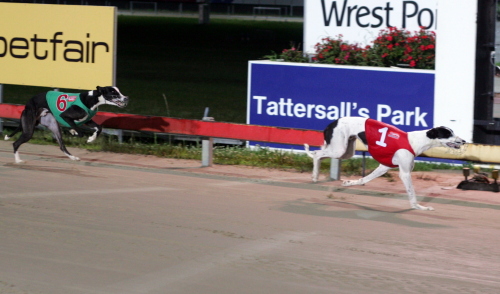 The Gary Greig-trained dog came from behind to win a grade four over 461 metres.

He began fairly from box one but was unable to hold out Jeannie’s Gift that burnt across from box sis to lead comfortably to the first turn.

But Octane Assassin closed the gap and on the home turn he loomed, took a slight glance to his left and then proceeded to power his way to the line.

Greig said he “wasn’t impressed” with the win but admitted it was good to see the dog back in winning form with the Hobart Thousand series looming.

Octane Assassin stopped the clock at 26.10s which was clearly the second best of the night behind Damek’s run of 25.97s.

The dog showed enormous potential early, clocking sizzling times on most tacks but he still shows immaturity that has so far prevented him from reaching his full potential.