At his awesome best 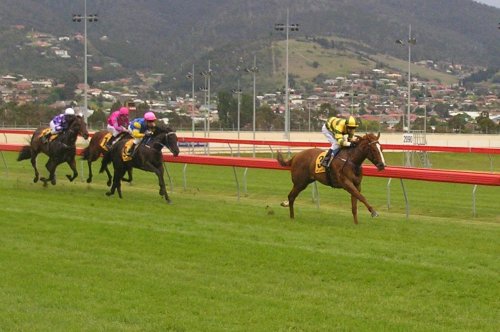 TALENTED two-year-old gelding More Awesome lived up to expectations from his debut run with a convincing victory in the 900 metre 2YO Alexandra Plate at Hobart on Sunday.

Sent out the $1.80 favourite, the gelding ridden by Kelvin Sanderson controlled the race from an inside barrier, setting the pace before storming away on the home straight to win by a 3 length margin.

“In his first up run here at Hobart he was very tough out wide and today with the inside run he was able to control the race from the fence and won well” he said.

Although a convincing win Wells is doubtful he will contest the $30,000 2YO Alfa Bowl at Launceston on 18 November.

“It’s doubtful we will go. We will assess how he pulls up and make a decision, but it is more likely he will head for a spell” Wells said.