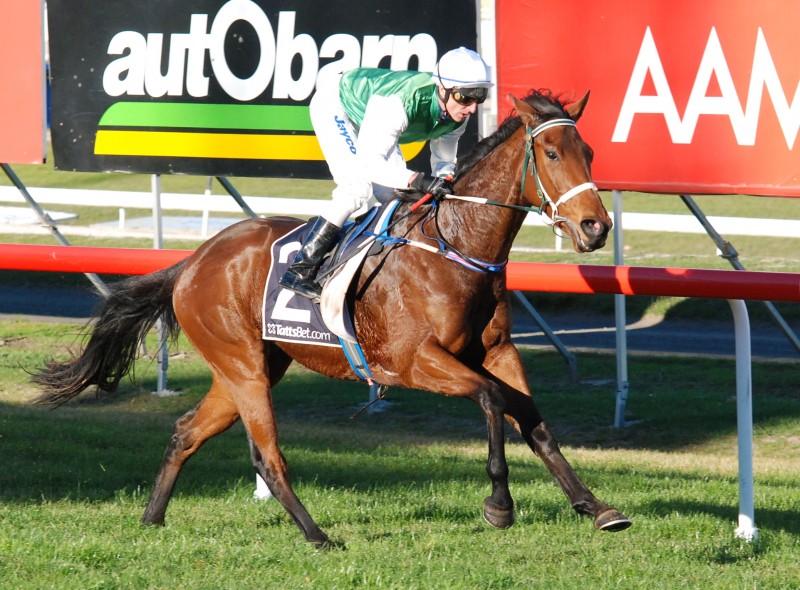 TOP jockey Brendon McCoull believes promising galloper Bag Of Monkeys has a bright future with the gelding’s latest win just a taste of what he might be capable of next season.

Bag Of Monkeys powered his way to an emphatic win in a strong class 1 Handicap over 1200 metres at The TOTE Racing Centre in Launceston on Sunday lugging 58.5 kg.

After settling fourth in the one-out line with cover McCoull sent the gelding three-wide to join the leaders 550 metres from home and when he called on the gelded son of Tough Speed to extend in the straight he quickly put the end result beyond doubt.

He joined the race leader Bel Ombre 250 metres out and after a bit of resistance from the leader he eventually forged clear and went on to score by three lengths from Bel Ombre with Red Nova a long neck away third and just in advance of Ezzymac.

Bag Of Monkeys has always shown ability and his trainers David and Scott Brunton have maintained the gelding would get better with age.

McCoull was full of praise after the win.

Listen to what McCoull had to say about Bag Of Monkeys’ latest win – CLICK HERE.