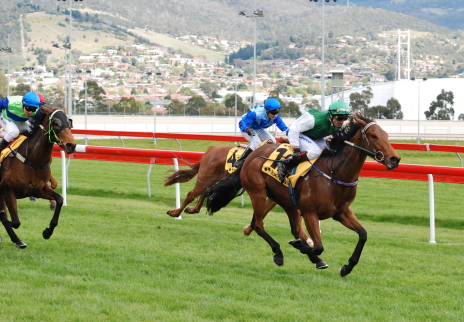 PROMISING three-year-old Bag Of Monkeys did enough in winning a maiden against older horses at Tattersall’s Park in Hobart today to suggest he could develop into a Derby prospect.

While winning the Schweppes Tasmanian Derby in February is a far cry from taking out a maiden in October there were some good signs in the way the gelded son of Tough Speed went about his business today.

Jockey Brendon McCoull had the gelding well placed and when he asked him to improve at the 600-metre peg he quickly cruised into contention.

When McCoull called on him for the supreme effort in the home straight he strolled to the front and left his rivals in his way.

Bag Of Monkeys’ stablemate Enshroud ran on well at the business end of the race, as did third-placed Tabucha.