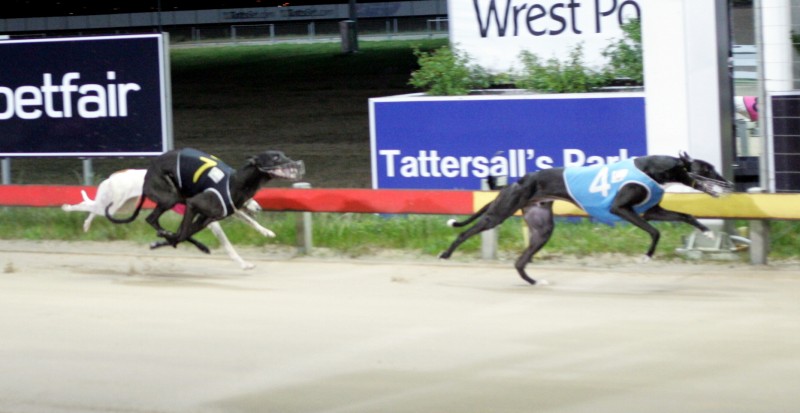 Bain’s Lane was having only his second start back from an injury-enforced lay-off.

The Brendan Pursell-trained dog was having his second start back from an injury-enforced lay-off.

He resumed a week earlier in an invitation against similar opposition and finished fifth behind That Was Then, beaten nine lengths.

But with that run under his belt the son of Talk’s Cheap improved dramatically to produce one of his best wins.

He began well from box four and after a struggle with That Was Then (8) he eventually found the rails and sped clear turning for home.

Bain’s Lane (Bit Chili-Wooreddy) ran home strongly to defeat the fast-finishing Club Foot by two lengths with That Was Then battling on gamely to finish third a half-length astern.

Much to Pursell’s surprise one corporate bookmaker offered $13 which was snapped up by the smarties.

Pursell also had the favourite Kool Puppy engaged in the race but there was no confidence in the market about his chances even though he started the popular elect at $2.80 ahead of That Was Then ($4) and Club Foot ($6).

“I was quite amazed that they bet $13 about Bain’s Lane because his first-up run was terrific finishing second to That Was Then being beaten a long head and was sent out the $3 second favourite,” he said.

“I wasn’t complaining because at those odds tonight he was definitely the value of the two dogs I had in the race.”

Bain’s Lane had to be spelled in May when he suffered a groin strain.

“Bain’s Lane had trouble with his groin but I also was having to manage a wrist injury so the best thing to do was give him a decent spell.”

“When I brought him back into work he was trialling well and that was probably why he was at a short price first-up but I knew he’d improve leaps and bounds from that run,” he said.

Pursell was disappointed with Kool Puppy’s effort but he admitted the box draw (3) played a role in his demise.

“Kool Puppy is definitely best suited in boxes seven or eight because he just wants to head to the outside when he draws in and that’s what happened tonight.”

“He even gave Bain’s Lane a decent bump when they jumped because they were next to each (boxes 3 & 4).”

“But the dog just isn’t racing anywhere near his best and I can’t put my finger on the problem.”

“I might give him two weeks off and see if the break can get him switched back on,” he said.