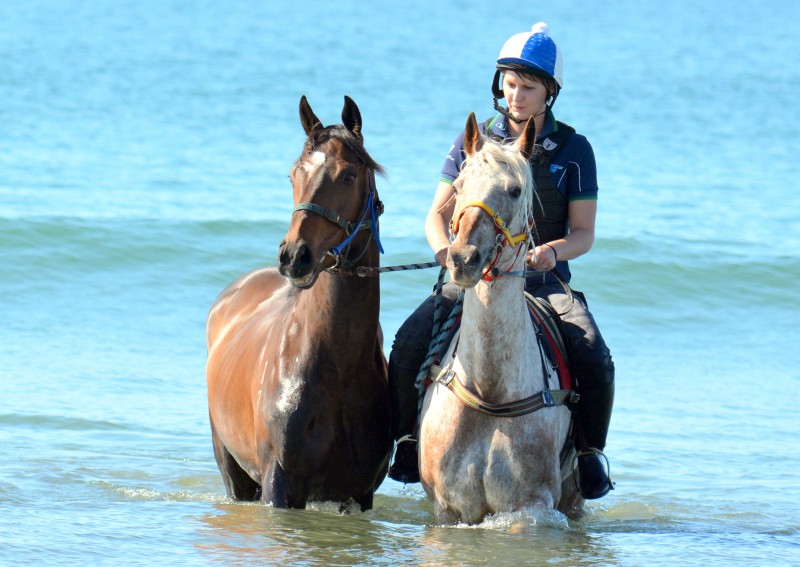 THE connections of Hobart Cup favourite Banca Mo will be on tenterhooks right up until the starter releases the field of 12 in the $225,000 Group 3 Betfair Hobart Cup at Tattersall’s Park this afternoon.

Banca Mo has had a habit of becoming fractious in the barriers if he is left to stand in the stalls for any great length of time, a problem already costly for talented stayer.

A mishap in the barriers in the Summer Cup two weeks ago, when he drew barrier one, led to the horse being withdrawn by stewards leaving trainer ScotT Brunton to play “catch-up” with his preparation for today’s Group 3 event over 2400 metres.

Banca Mo has drawn barrier two today which means he will most likely be loaded second into the barrier.

“I was hoping for the outside barrier because that would have meant he would be loaded last but we had to cop barrier two which isn’t the best for him,” Brunton said.

“Nothing has gone to plan but if ever there was a horse capable of overcoming such setbacks it’s Banca Mo,” he said.

Brunton said that despite hailing from Victoria he and his family regard Tasmania as home and winning today would be a home town cup victory.

“We came over here from Victoria 20 years ago with virtually nothing and Tassie gave us our second chance so we are proud to call ourselves Tasmanians.”

“The Hobart Cup is one race Dad (David) and I would love to win and while Banca Mo’s preparation for the race has not been ideal he is a great chance of winning.”

“He is proven at the trip and should he be able to reproduce the form that won him a stack of good races in Victoria then he will prove he is the best horse in the race,” Brunton said.

Despite the uncertainty of Banca Mo being loaded into the barriers without incident, the gelding remains one of the favorites at $5 and second elect behind one of the interstate invaders Pelicano that has been heavily backed in from $6, when the first all-in market was framed, to $4.20.

While Banca Mo has had solid support in betting, the weight of money for another interstate invader Garud ($8 into $5.50) could see the Michael Moroney-trained gelding start favorite by race start time.

Champion Tasmanian stayer Geegees Blackflash, the winner of the race in 2012, had solid support early into $6 but the weight of money for Garud and Pelicano has seen his price drift to $8.

The Bill Ryan-trained pair of Genuine Lad ($6) and Iggimacool ($10) have had good support with Ryan leaning towards Genuine Lad only because his mare had missed a week’s work leading up to the race and admits she might be a shade underdone for the 2400-metre journey.