Barnes celebrates a first as breeder 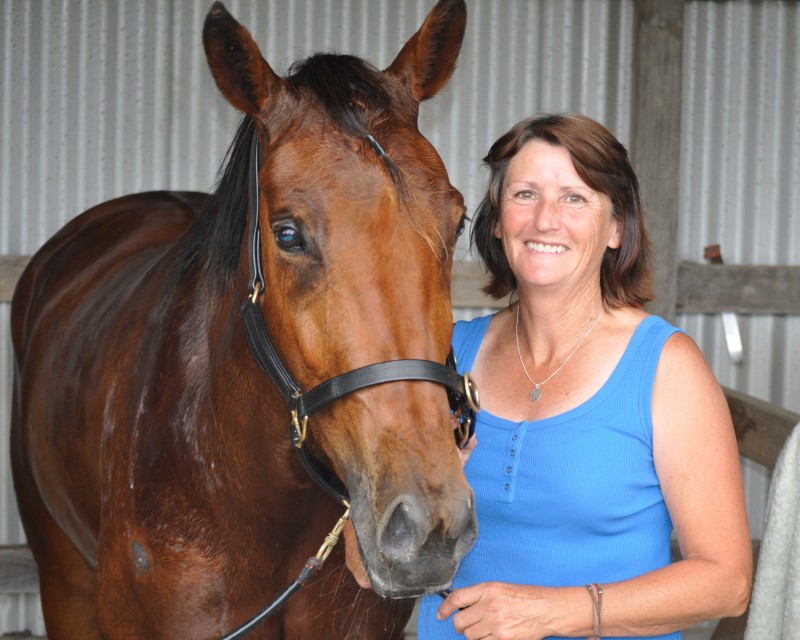 TALENTED Tasmanian harness racing trainer Shelley Barnes celebrated a first at the meeting at Carrick in the North of the state on Friday.

Barnes has trained hundreds of winners and driven probably twice as many but when Angel or Demon (Safari-Ima Merry Jasper) led throughout to win the Island Block & Paving pace on debut it gave Barnes her first winner that she bred herself.

The four-year-old mare showed great gate speed to easily find the front and when driver Gareth Rattray called on her to extend in the home straight she powered clear and went on to score comfortably from Helenshall and Really Thirsty that flashed home from well back.

“She’s always shown a bit but has had problems and I was starting to worry that I’d never get her to the races,” Barnes said.

“They’ve only been minor injuries but they have meant that she has been in and out of work many times,” she said.

Barnes was confident the mare could win following an impressive trial win a week earlier and punters also were keen to get on, backing her in to start the $2.20 favourite.

While Angel or Demon was impressive the minor placegetters also showed ability and it might not be long before Helenshall and Really Thirsty  find their way into the winner’s circle.