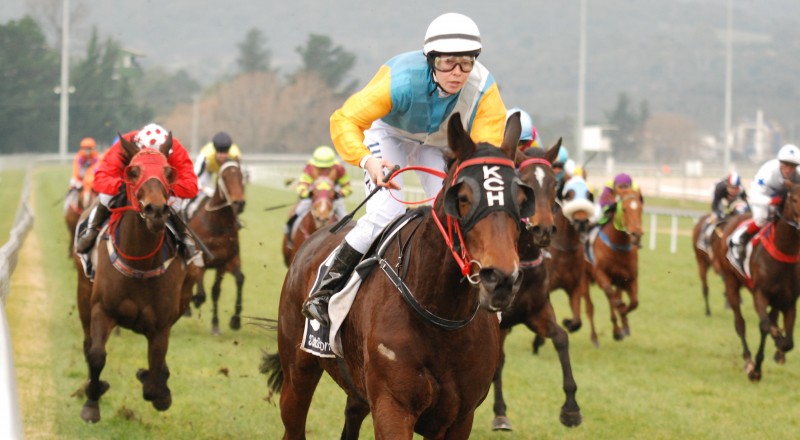 APPRENTICE jockey Sherry Barr celebrated her first winner when she guided Zabibo to victory for her masters Ken and Tanya Hanson in a maiden/class one over 1600 metres at The TOTE Racing Centre in Launceston today.

Barr was having her 15th ride and had managed a couple of minor placings leading up to today’s assignment including a last-start second aboard Zabibo on the Launceston circuit on July 19.

It was a masterful ride from the inexperienced apprentice who has been riding trackwork in the Longford area for eight years.

Barr had Zabibo settled midfield and persevered for rails runs before steering the four-year-old gelding towards the outside fence at the top of the home straight to find the better ground.

Once balanced, Zabibo ($5.10) forged clear and had 2-1/2 lengths to spare over Weekend Winner with the favourite Lacey Az ($2.80) a half-length away third.

Barr, 26, began riding trackwork for the late Allan Stubbs and rode for many trainers who prepare horses out of the Longford training complex.

She started riding work for the Hansons about three years ago and only decided to become an apprentice late last year.

“Sherry is a good worker and she has never caused a fuss. She is willing to listen and learn and I am hoping she develops into a top rider,” he said

Listen to what apprentice Sherry Barr had to say after riding her first winner.