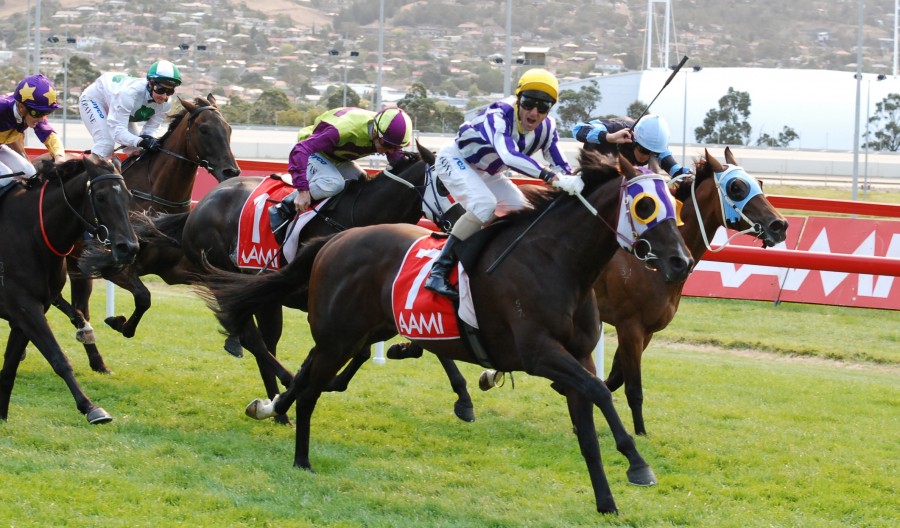 VICTORIAN stayer Hurdy Gurdy Man has overcome his first obstacle standing between him and a $100,000 cash bonus for connections if he can win next week’s $225,000 Group 3 AAMI Launceston Cup over 2400 metres.

The trainer and owner of Hurdy Gurdy Man will share evenly a $100,000 cash bonus offered by Tattsbet  to any horse that can win the AMI Hobart-Launceston cups double.

Hurdy Gurdy Man had a strong gallop at Warrnambool on Thursday after which Weir said the gelding ticked all the boxes and would be at his peak for next Wednesday’s main race.

The five-year-old Street Cry stallion will travel to Tasmania next Tuesday and be stabled at Longford.

The $100,000 Tattsbet Cups Double Bonus has created added interest in this year’s carnival.

Tasracing CEO Dr Eliot Forbes said he was very pleased at the level of interest the TattsBet.com 2013 Cups Double Bonus had created among local and interstate owners and trainers.

“As has been reported recently, TAB and TAB fixed odds wagering turnover on the recent AAMI Hobart Cup totalled a very healthy $5.1 million,” he said.

“The TattsBet.com $100,000 bonus for winning both the AAMI Hobart and Launceston Cups in a single year was a contributing factor to this result.

“In developing the unique bonus, our aim was to add an extra level of excitement to the AAMI Tasmanian Summer Racing Carnival’s feature races, and I think we have been very successful in that.”

“He was so impressive in the first leg, so he must be a very serious chance in Launceston,” he said.