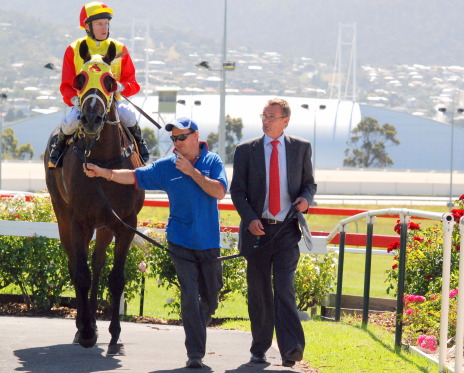 BARYSH QUEST made an impact in three-year-old ranks last season with his Hobart Guineas win and a second in the Tasmanian Derby enough to earn him the title of Tasmanian 3YO of the Year.

The gelded son of West Quest-Miss Barysh showed promise as a two-year-old but was sparingly raced and he delivered what was expected last season.

He is owned and raced by the Lobsters & Legends No 1 syndicate of which proprietor of Hallam’s Seafood Restaurant in Launceston, Stuart Hallam, is proprietor.

Barysh Quest is in Victoria and about to embark on a spring campaign for Brighton-based trainer Gary White.