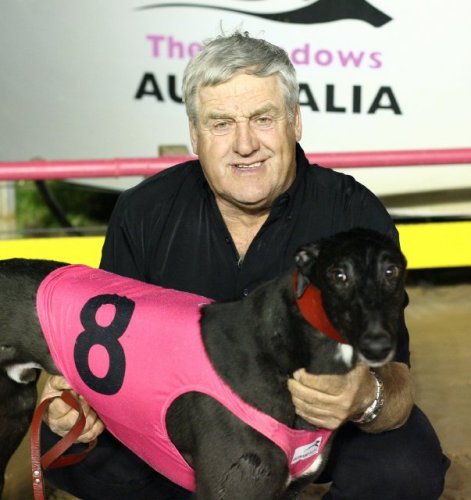 TOP Victorian trainer Graeme Bate already holds the record for the most number of Wrest Point Hobart Thousand wins with four successes but on Thursday night he could stretch that to five .

Bate will be represented by Gripen Bale that scored a brilliant heat win last Thursday night and the trainer is reasonably confident the dog can bring up Thousand win number five.

“I couldn’t be happier with Gripen Bale because he’s recovered well from the heat run and will at his top for the final,” Bate said.

“He also had a trial on the track before the heat and he has always produced his best at a new track at his third look at it,” he said.

Gripen Bale has drawn box six in the final but Bate believes the box draw was never going to have any great bearing on his dog’s chances of winning.

“This dog will hug the rail if he draws an inside box or he’ll just run in a straight line from a wider draw until the opportunity comes to get to the rails and that’s what happed in his Thousand heat win.”

“He drew the eight and ended up railing inside of the leader near the home turn.”

“He is a powerful finisher because he’s as strong as a bull and the run home is where it counts in big races,” Bate said.