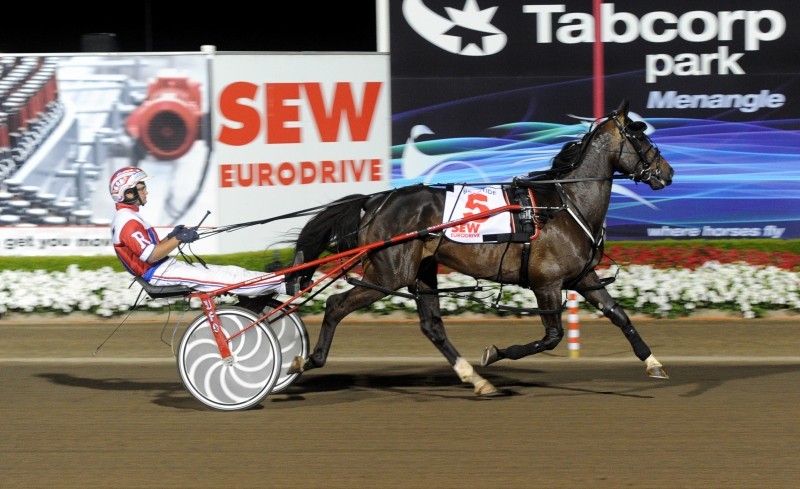 A DECISION on whether Tasmania’s dual Inter Dominion champion Beautide heads to Queensland for that state’s winter carnival will depend on how the gelding emerges from his tilt at winning back-to-back Len Smith Miles in late April.

Beautide ended last season with a brilliant win in the Group 1 Len Smith Mile at Menangle so his trainer-driver James Rattray is supremely confident he can do it again.

Rattray says his stable star has emerged from his second Inter Dominion victory in top order.

Because Beautide was having only his third start this campaign in he Inter Dominion he should be afforded the chance to contest the big races in Queensland over the winter and the trainer suggested he and his life partner Fia Svensson would also enjoy heading to the Sunshine State for a couple of weeks at tat time of the year.

The plan would be to run on two in three races in Queensland, including the Sunshine Sprint and the Blacks A Fake, then return to Rattray’s property at Exeter in the Highlands (near Goulburn) for a spell before preparing for the next Inter Dominion series in Western Australia in November.

Rattray also expressed his gratitude to the Bong Bong race club for allowing him to work Beautide on its track leading up to his Inter Dominion defence.

Listen to what trainer James Rattray had to say about Beautide.