Beautide given all clear to resume racing 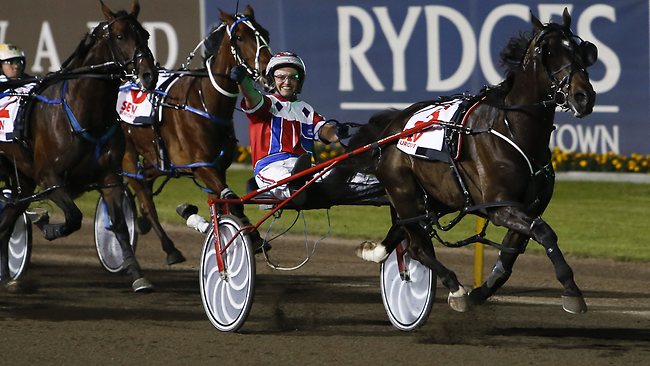 JAMES RATTRAY, trainer of star Tasmanian pacer Beautide, yesterday confirmed the horse has been passed fit to proceed with his campaign to defend the Inter Dominion title he won at Menangle last year.

Beautide finished out of the placings in the Victoria Cup at Melton last Saturday night after which stewards stood the pacer down claiming he was making a roaring noise which suggested he may have a respiratory problem.

Beautide underwent a veterinarians examination yesterday and he was given a clean bill of health.

“I thought the horse ran a great race and to be honest I was a little bemused as to why it was suggested he may have a respiratory problem but I accepted what the stewards said and we had a vet go right over him today,” Rattray said.

“The vet couldn’t find anything wrong with him and gave him the all clear so we are able to proceed with plans to run in a heat of the Inter Dominion at Menangle on Saturday week,” he said.

Beautide had not started since finishing second to Christen Me in the Miracle Mile at Menangle in November.

Rattray said he was far from disappointed with Beautide’s effort in the Victoria Cup.

“He hadn’t raced for over two months and he worked three-wide with no cover for some fair part of the race and he was coming again over the concluding stages.”

“He is a much better horse on the Menangle track which is bigger and has a different surface to Melton so back there I expect him to be spot on for his Inter heat,” he said.