Beautide on target for Easter Cup 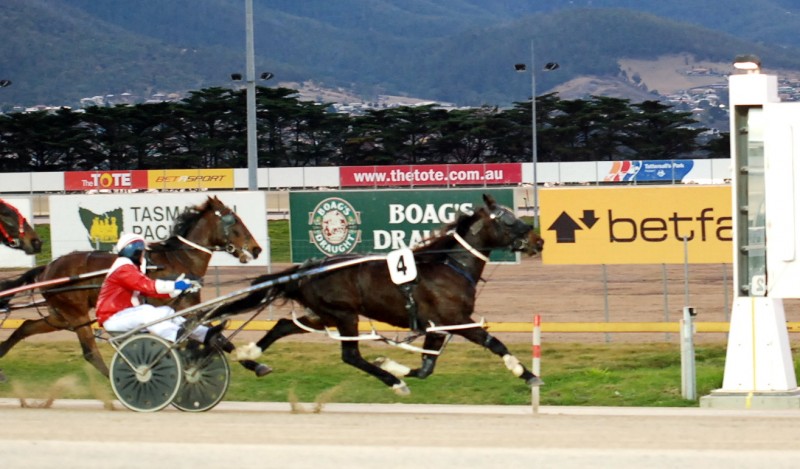 BEAUTIDE’S main mission this preparation is the $40,000 Easter Cup on Easter Sunday and it would appear all he has to do to accomplish the feat is retain the form that took him to victory in an Easter Cup heat in Launceston last Sunday night.

The Barrie Rattray-trained gelding won his heat by five metres from Our Sir Jeckyl that was having his first start for the Rohan Hillier stable.

With James Rattray in the cart, Beautide worked to the lead about 1700 metres from home and once there he was rated superbly and had no trouble fending off challenges in the home straight.

Beautide ran home his last half mile (800m) in 57.9 seconds with his last 400 metres in 27.2, which was similar to the other Easter Cup heat winner Mickey Mac.

Beautide has won 24 of his 37 starts and been placed nine times and has a personal best mile rate of 1m.57.7 that he recorded in winning a free-for-all over 2090 metres in Hobart in November last year over

“That was his first start since December so I was very happy with his effort,” Hillier said.