Beautide tested to win 4YO Classic 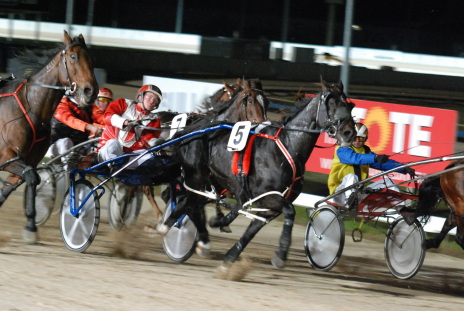 LAST season’s Tasmanian harness horse of the year Beautide had to pull out all stops to score a narrow but impressive win in the Cleghorn Farms 4YO Classic over 2200 metres in Launceston on Sunday night.

Beautide (Gareth Rattray) was sent out a short price favourite at $1.30 but it took all of his courage to hold out the fast-finishing Quastor Centurion ($8) in the home straight to eventually win by only a neck with race leader Drifting West sticking on gallantly to finish third and only a half-head astern.

The Bettors Delight gelding settled one-out and two-back in the run with a solid tempo set by Drifting West that flew the gate from barrier two while Quastor Centurion was eased out of the early action from his wide front row draw to settle last.

Rattray sent Beautide around the field to lead the three-wide train and looked set to stroll past his rivals at the top of the home straight but the leader kicked.

Beautide had to dig deep and just when he was being hailed the winner Quastor Centurion put in the big strides to make it a thrilling photo-finish.

It was Beautide’s second run this preparation. He resumed with a brilliant win in the Westbury Cup at Carrick, coming off 30 metres to defeat a strong field of older and more experienced pacers.

Listen to what trainer Barrie Rattray had to say about Beautide’s 4YO Classic win – click here.