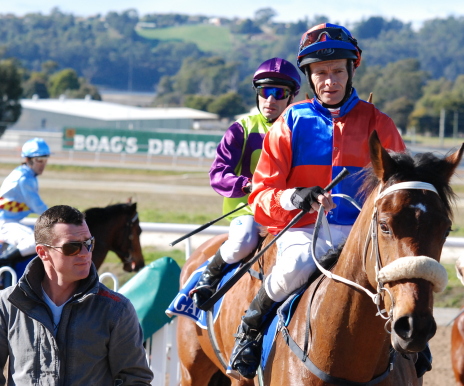 LIGHTLY raced two-year-old Beer Belly looks set for a bright future following an emphatic win in a 2YO maiden over 1150 metres at Spreyton Park today (Sunday).

When Sanderson eased Beer Belly off the fence to challenge Darchill the Shinzig gelding cruised to the leader and went on to win convincingly from Gee Gees Snowhill with Darchill hanging on for third ahead of Maggie’s Pal.

Beer Belly ($3.90) went into the race with only one start to his name which was a handy fourth behind the highly promising Volcanic Sky in Hobart earlier this month.

Beer Belly’s trainer Adam Trinder said the gelding had shown enough this preparation to suggest he would develop into a nice three-year-old.

Listen to what trainer Adam Trinder had to say about Beer Belly’s maiden win – click here .