Bel Haven has distance title at her mercy 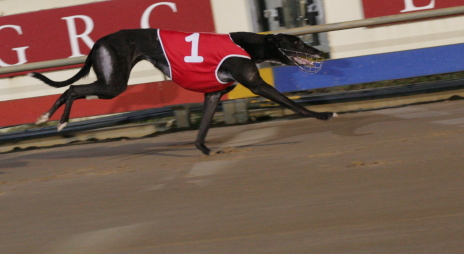 PROMISING young stayer Bell Haven is likely to start a warm favourite to take out next week’s LGRC Distance Championship after scoring an emphatic win in her heat at The TOTE Racing Centre on Monday night.

Bell Haven powered her way to a 12-length win over Paper trail with Wynburn Jet over five lengths away third.

It was an awesome exhibition and one that would suggest she has a bright future at the long distance caper.

She had been dominating over the middle distance (600m) on the Launceston circuit but she was even more at home over the longer trip.

The Ted Medhurst-trained bitch stopped the clock at 42.49 that was only marginally outside of Sitka’s record of 42.36 that she set in July 2010.

The remaining heat was taken out by Wynburn Whirl that led all the way to defeat the favourite Ming Dynasty by almost a length with Adam’s Sweetie 13 lengths astern.

Wynburn Whirl showed brilliant early speed and held sway by a half-dozen lengths heading down the back stretch but Ming Dynasty gradually hauled the leader in only to fall shy by just under a length.