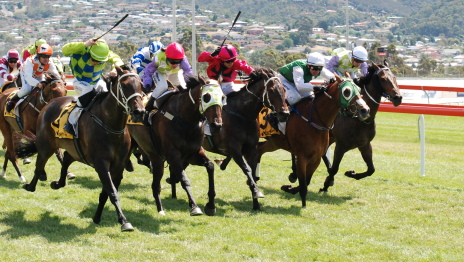 Star four-year-old mare Bel Price sounded a warning that she will be a serious contender for the Group 3 Bow Mistress Stakes (1200m) during the summer carnival with a narrow but brilliant win in the Winzenberg handicap over 1100 metres at Tattersall’s Park today.

With Jason Maskiell aboard, the Vicki Rhind-trained mare had to work hard three-wide for much of the trip but had enough in reserve to grab victory in the shadows of the post from last season’s Bow Mistress winner Rebel Bride with The Son Shines a close-up third.

It was Bel; Price’s third win in succession and keeps her unbeaten record this season intact.

She resumed with a soft win in Hobart when clearly on the burly side but she stripped much fitter for her next assignment in Launceston where she toyed with her rivals to win a strong benchmark 78 race over 1200 metres on December 5.

Rhind said Bel Price would have one more start prior to the Bow Mistress and depending on how she fares in the $150,000 Group 3 event at Elwick on Derby Day (February 3) she would most likely go on to tackle the $100,000 Vamos Stakes over 1400 metres at Mowbray the two weeks later.

Listen to what trainer Vicki Rhind had to say about Bel Price’s latest win – click here.