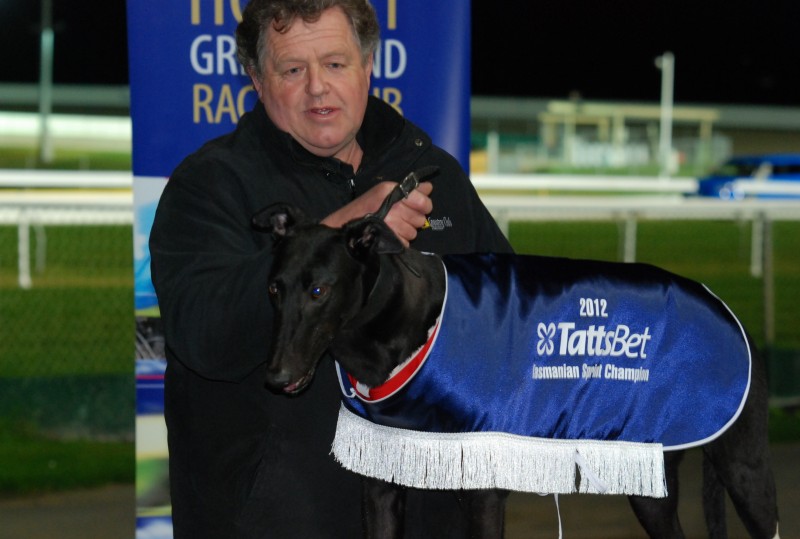 Star Tasmania stayer Bell Haven made her way into the prestigious Gold Cup final in Brisbane with a last-stride win in her heat over 710 metres at Albion Park tonight.

Bell Haven was coming off a luckless second (Beaten a nose) in the Group 1 Sandown Cup in Melbourne last Thursday week.

With that form on her side she was sent out a short-price favourite tonight at $1.60 in a field of seven.

She began only fairly from box eight but settled fourth after travelling 200 metres.

Honey Bouquet set a strong pace out in front and turning for home Bell Haven still had the best part of six lengths to make up.

But as if she knew exactly where the winning post was, she saved her best for last and surged close to home to get up and defeat Honey Bouquet by almost a length.

The Group 1 final will be held at Albion Park next Thursday night and Bell haven could start favourite from box three.