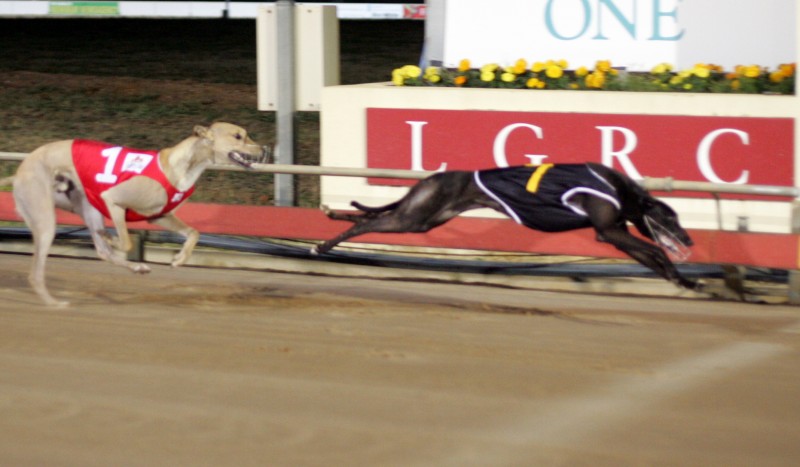 VETERAN Tasmanian greyhound trainer Rod Walker celebrated one of his biggest wins of the season when his classy pup Bell Oh Moss scored an emphatic win in the LGRC Breeders’ Classic final  in tonight (Monday).

Bell Oh Moss began well from box seven and had enough pace to settle second at the first turn behind the speedy Willy Wag Tail that clocked a sizzling first split of 4.96.

Willy Wag Tail led down the back stretch while Bell Oh Moss stayed in touch and Roxy Rhythm (8) and race favourite She’s All Class (4) tried valiantly to make up the leeway.

Willy Wag Tail looked to have the better of his rivals but when Bell Oh Moss burrowed through along the rails to join him at the top of the home straight they settled down to a war of attrition.

But Bell Oh Moss drew clear close to home and went on to hit the line 1-1/2 lengths clear of Willy Wag tail with Roxy Rhythm 1-3/4 lengths away third and just in advance of She’s All Class that did a good job to finish as close as she did after being dragged down at the first turn.

It was her third win from only seven starts but the way she went about winni9ng would suggest she has a very bright future.

It was one of the strongest and most open Breeders’ Classic finals for some time with the betting a good indicator of the quality as the favourite started at $3.80.

Despite Bell Oh Moss clocking the second-fastest time of the four semi-final winners (29.87) she was sent around at the lucrative price of $19.