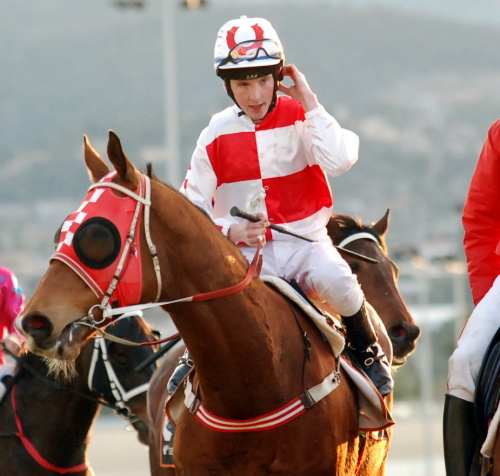 Gently Bentley notched his second win in Tasmania in the space of three starts when he powered home along the rails to grab victory in the last stride in the Paul & Elizabeth Geard Handicap (C4) over 1100 metes.

It was a masterful ride by last season’s leading apprentice Ronan Keogh and a deserving win by the six-year-old that started his racing career in NSW over three years ago.

Gently Bentley won twice in NSW with his first as a two-year-old at Canterbury and the other at Rosehill the following season that followed a string of minor placings on metropolitan tracks when in the care of top trainer Chris Waller.

Part owner Justin Hetrel was elated after the win and explained how the horse made his way to Tasmania.

Hetrel races the gelding in partnership with Victorian Nick Lovett, the trainer and her sons Garry and Dean Richards.

Listen to what part-owner Justin Hetrel had to say after Gently Bentley’s game win at Tattersall’s Park on Sunday – click here .